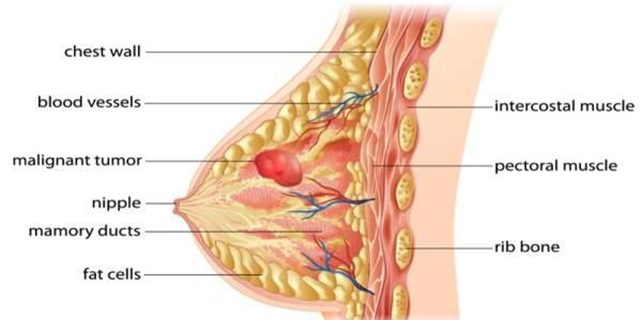 Overweight women can reduce the risk of contracting breast cancer by losing just 7 pounds, (3.2kilo) according to new study presented at the San Antonio Breast Cancer Symposium this month. This is a modest weight loss with a significant effect. However if they lose 28 pounds, ((12.7 kilos), that risk is reduced by no less than 33 percent.

The study tracking 61,335 women aged between 50 and 79 over 14 years was undertaken by the City of Hope Medical Centre, California and Harvard University, Boston.

The statistics also showed that women who gained excess weight during the study had 54 per cent greater risk of developing difficult to treat Triple-Negative Breast Cancer, which afflicts one in six women of diagnosed with this disease.

Statistics show that one in eight women in the UK are likely to develop breast cancer in the course of their lifetime, which equates to some 55,000 cases diagnosed annually. Furthermore, the numbers are rising as the population ages and become overweight or obese.

Professor Ian Hampson of the University of Manchester Division of Cancer Sciences states: ‘ Together with smoking, obesity is now another well-established cause of cancer. Thus it is very clear that simple changes in lifestyle can very significantly reduce the risk of cancer.  The most remarkable thing about this new study is that such most changes in body mass can have such a profound effect.’

Know Your Lemons – What breast cancer can look and feel like.

A detailed look at Breast Cancer