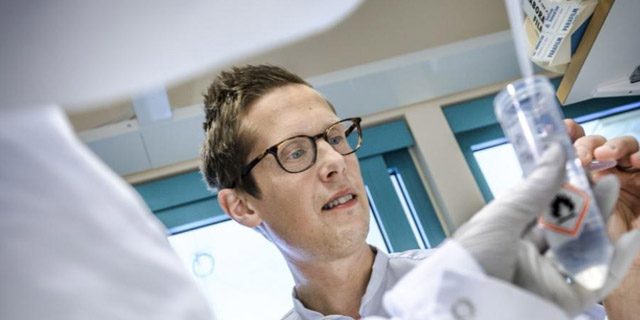 Approximately 10–15 per cent of breast cancer tumour do not respond to treatment with standard hormone therapy, which means that they are more aggressive and often recur.

An international research team led by Professor Kristian Pietras at Lund University, Sweden, has uncovered a way to treat these aggressive tumours through manipulation of the connective tissue cells of the breast cancer.

“Previously, it was believed that the various subgroups of breast cancer originated from different cell types in the mammary gland. Our research has shown that connective tissue cells can also modify tumour cells directly with regard to their sensitivity to hormones, which has significant implications in the development of more effective treatments”, states Professor Ulf Eriksson of Stockholm’s Karolinski Institute, who collaborated in the study.

The researchers tested a new biological drug they developed which blocked the PDGF-CC-mediated communication between the tumour cells and the connective tissue cells. This resulted in the transformation of the basal breast cancers into hormone-sensitive luminal breast cancers that were highly responsive to conventional hormone therapy.

“We have thus developed a new treatment strategy for aggressive and difficult-to-treat breast cancers that restores sensitivity to hormone therapy. These findings have major implications in the development of more effective treatments for patients with aggressive breast cancer”, concludes Kristian Pietras.

Following this study, the researchers are developing a new drug for trial which will transform aggressive breast cancer tumour so that they respond to standard hormone therapy.