Brexit Deal or No Deal: the Impact on Cancer Research and Patients 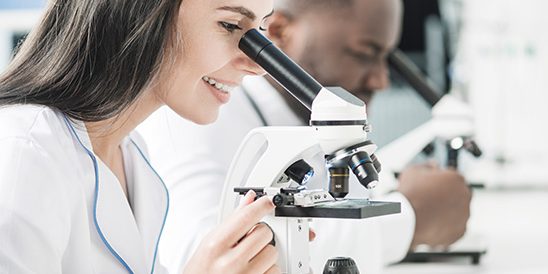 The impact of Brexit will certainly have a dramatic and lasting effect in the UK on the NHS and on cancer patients. We fear that the impact of a No Deal will have a deleterious effect on cancer research and on cancer drug supply.

It is surely essential for cancer research that the Government secures a deal that keeps the UK’s regulatory frameworks for science, drug licencing and clinical trials aligned with the EU. A No Deal Brexit will make it difficult for UK researchers to collaborate in EU hospital clinical trials and for UK patients to access the latest cancer treatments.

The Institute of Cancer Research, (ICR), based in London, states that the UK’s planned departure from the EU risks causing serious damage to the UK’s position as a world leader in science and the ability of UK researchers to work collaboratively with colleagues across Europe. To quote the ICR, “it is vital to maintain an immigration system that allows UK to continue to attract and retain the brightest and best scientists from the EU and elsewhere, so that the UK can continue to be at the forefront of research into cancer.”

The ICR also notes that it is critical that UK researchers can still collaborate freely with colleagues across the EU after Brexit. The biggest challenges in cancer research will only be met by scientists and clinicians working together in collaboration. The UK must closely align with regulatory frameworks across the EU, to avoid barriers to carrying out collaborative research.

UK scientists will need continued access to EU funding and information resources that allow scientists to find potential collaborators. Otherwise, it will become much more difficult for UK researchers to participate in collaborations that receive funding through the EU. The ICR are particularly concerned over the potential impact on clinical trials across EU states. Multi-centre EU trials are often vital to involve the necessary number of patients to generate meaningful data, particularly for rarer cancers.

The UK will need close alignment with the EU on both the regulatory approval of new medicines and medical devices, and supply of treatments across borders. There is a serious risk that UK patients could suffer significant delays in accessing the latest cancer treatments if companies need to gain separate licences in the UK before marketing them here.

The UK Government must to negotiate a deal with the EU that either preserves UK membership of the European Medicines Agency, (EMA), or ensures close regulatory alignment for licensing of drugs or medical devices. There is a major risk that UK patients could miss out on the latest cancer treatments as a result of the decision to leave the EU. Under a no-deal Brexit, the Government would grant UK market authorisation to all drugs that have already been centrally licensed by the EMA, but would expect UK’s Medicines and Healthcare products Regulatory Agency, (MHRA), to assess all new drugs. The UK represents only a 3 per cent share of the global pharmaceutical sales market compared with 25 per cent for the EU, so we believe that companies could prioritise the larger EU market ahead of the UK’s in applying for authorisations.

A no-deal Brexit has the potential to cause significant disruption to deliveries of drugs, regents and laboratory supplies.

Speaking for the Government in the House of Lords in March, Lady Blackwood attempted to calm fears that cancer patients will suffer after Brexit.  She stated, “We don’t expect any patient harm to arise from this and the changes in clinical pathways and practice are expected to be minor and short-lived.”

The ICR’s full report on Brexit together with other relevant reports can be read below in Further Reading.

The impact of the vote to leave the EU

Brexit will have a catastrophic impact on UK cancer research

Delays to cancer testing and treatment inevitable after Brexit

Some cancer treatment may be delayed post-Brexit

Getting a Brexit deal that works for the NHS

Category: In the NewsBy Ian MacWattMay 23, 2019Leave a comment