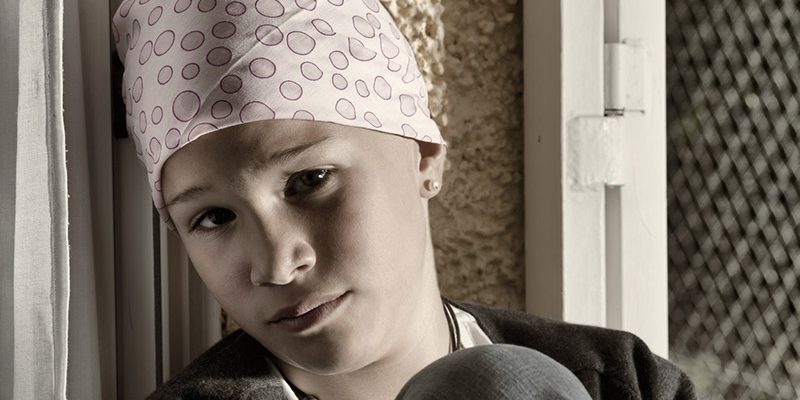 Our hair, its colour and style is a crucial part of our personal identity. Sudden hair loss is an acutely stressful part of chemotherapy. This hair loss is caused by taxanes, the anti-cancer drugs used in treatment. Such loss can have a psychologically depressing effect on all patients during therapy, particularly child and adult female patients.  Such depression can have severe side effects that hinder treatment.

Taxanes, are very important anti-cancer drugs and have been widely used for decades in chemotherapy to treat patients with a number of cancers, including breast, lung, cervical, pancreatic, head and neck, and prostate.

The distressing and sometimes long-lasting hair loss induced by taxanes has been known for a long time.  However, little research has been done to address the issue other than the provision of a cap to cool the scalp during chemotherapy. This has been a hit or miss solution which does not work with all chemotherapy drugs.

It is good news therefore to hear that University of Manchester scientists at the Centre for Dermatology Research have discovered a path to save hair loss caused by chemotherapy.

To do this, scientists have exploited the properties of a newer class of drugs called CDK4/6 inhibitors, which block cell division and are already medically approved as so-called “targeted” cancer therapies. Dr Ralveen Purba, lead author on the study, explains: “Although at first this seems counter-intuitive, we found that CDK4/6 inhibitors can be used temporarily to halt cell division without promoting additional toxic effects in the hair follicle. When we bathed organ-cultured human scalp hair follicles in CDK4/6 inhibitors, the hair follicles were much less susceptible to the damaging effects of taxanes”

Dr Purba stated, “A pivotal part of our study was to first get to grips with how exactly hair follicles responded to taxane chemotherapy, and we found that the specialised dividing cells at the base of the hair follicle that are critical for producing  hair itself, and the stem cells from which they arise, are most vulnerable to taxanes. Therefore, we must protect these cells most from undesired chemotherapy effects – but so that the cancer does not profit from it.”

“Despite the fact that, we’re only now scratching the surface of how taxanes damage the human hair follicle’, continued Dr.Purba, ‘We also don’t really know why some patients show greater hair loss than others even though they get the same drug and drug-dose, and why it is that certain chemotherapy regimens and drug combinations have much worse outcomes than others”

We look forward to news that researchers have produced a medicine that not only mitigates chemotherapy-induced hair loss or damage but also promotes hair follicle regeneration in patients who have suffered hair loss through treatment.