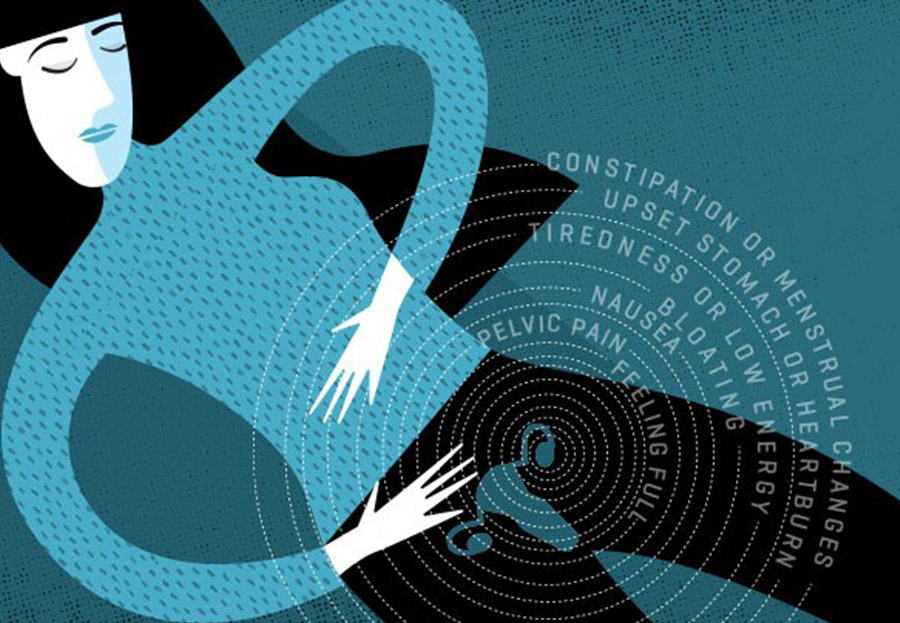 Thousands of women in the UK are being diagnosed for ovarian cancer late because of an early diagnosis postal lottery. And for 4,000 women each year that late diagnosis is too late to save their life.

Women are dying needlessly because of GPs in some parts of the country fail to recognise symptoms at an early stage when the disease is treatable. Some GPs are unaware that there are early stage symptoms.

The dismal postal lottery data reported by the charity Target Ovarian Cancer on World Ovarian Cancer Day, (8 May), show that in UK early diagnosis of the cancer varies widely from 29 % to 56 % across the country, with an average of only 42% detected at treatable stages One or Two. Ovarian cancer symptoms can often be misattributed by GPs to other conditions, like gastrointestinal issues.  As a result, 58% of women are not diagnosed until late stage Three or Four of the cancer, by which time it is difficult to treat and can lead to death.

Ovarian is the UK’s sixth most common type of cancer. Incidences of the disease are projected to rise by 15% in the next 16 years in the absence of any significant treatment developments. In particular, ovarian cancer, linked in many UK cases to lifestyle factors such as smoking, is associated with late diagnosis and poor prognosis, resulting in 11 women dying every day from the condition in the UK; more deaths than from any other women’s reproductive cancer.

Alexandra Holden, director of communications at Target Ovarian Cancer, said: “Women’s lives are still being cut short because their diagnosis came too late. Delays due to a lack of public awareness, GPs missing the symptoms, or delays in diagnostic testing, are completely unacceptable.”

Despite its lethality, there is currently no simple test to diagnose ovarian cancer, though specialist researchers have been seeking one for decades. There are consequently no effective population-based screening techniques in place.  The lack of sufficient screening and early detection results in late diagnosis and poor prognosis for the patient.

The EU’s Regional Development Fund, (ERDF), awarded EUR 1.5 million earlier this year to a Swansea University-led project to explore the possibility of a DNA avenue to ovarian cancer treatment. Such funds will, of course, cease to be available to UK after Brexit.

The project aims to improve diagnosis and ovarian cancer treatment. It will study treatment development options which use chemical changes to the DNA and associated proteins to turn genes on or off through Antibody Drug Conjugates, (ADCs).   ADCs are a powerful new class of medical oncology therapeutics where antibodies targeting specific cancers are coupled with cancer cell toxic agents. This Swansea University project could be an important step in developing treatments designed to target ovarian cancer cells specifically, sparing the surrounding tissues and limiting the harsh side-effects of chemotherapy.

A simple ovarian cancer test remains elusive however.  Two thirds of women in the UK are still not diagnosed with ovarian cancer until the disease has already spread and therefore difficult to treat.

A white rose is the badge of World Ovarian Cancer Day, 8 May.  All Tory and Labour politicians sitting on the front benches in the House of Commons on that day were wearing one. Let us hope that such symbolism translates into political action.

Act now to end the postcode lottery in early diagnosis of ovarian cancer.

What are the risk factors for Ovarian Cancer?

Category: In the NewsBy Ian MacWattMay 8, 2019Leave a comment