CAR-T Cell Therapy. What it is and what it does 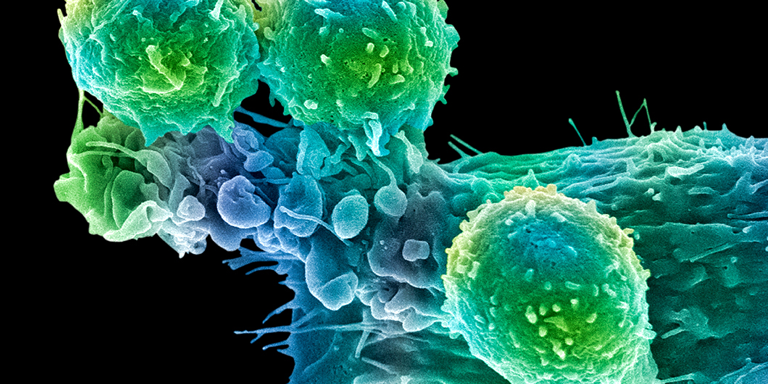 Our knowledge of cancer has greatly improved in the last two decades. This has revealed the huge variability that can be found between not only different types of cancer, but also between patients with the same type of cancer. It is now evident that there is no single ‘cure’ for cancer and it has become increasingly evident that each patient must be treated accordingly to their specific needs. We are entering the era of personalized medicine for cancer cure. But for this to become a future reality, we shall need to extend the therapy range to cover the whole cancer spectrum.

In recent years, there has been a surge of new technologies aiming to help the immune system identify and attack tumours, a field known as immuno-oncology. These technologies are still in their infancy but already making a big difference in the way we treat cancer, taking us closer to a future where cancer becomes a curable disease.

In this blog we look at the rapid advance in T Cell therapy and its effect on the body’s immune system.

2018 saw the first approval of a cell therapy for cancer. The technology, called CAR-T cell therapy consists of taking immune T-cells from the patient and genetically engineering them to target a specific cancer growth. Immune checkpoints engage when proteins on the surface of immune T cells recognize and bind to partner proteins on other cells, as they do to some tumour cells. These proteins are called immune checkpoint proteins. When the checkpoint and partner proteins bind together, they send an “off” signal to the T cells, preventing the immune system from destroying the cancer. Immunotherapy drugs called immune checkpoint inhibitors work by blocking checkpoint proteins from binding with their partner proteins, thus preventing the “off” signal from being sent and allowing the T cells to kill the cancer cells. But the environment of a cancer tumour environment is toxic and T cells’ ability to kill can fade, limiting their ability to cancer cells—a phenomenon often referred to as exhaustion.

Viruses can now be engineered to infect and kill cancer cells. These oncolytic viruses are proving beneficial in both primary and salvage therapy treatment. A new study at the University of Pittsburgh suggests that such viruses can be further enhanced to simultaneously kill cancer cells and provide immune T cells drawn into tumours with a hormone, (Leptin), that reverses immunosuppression, enabling the immune system T cell’s ability to recognize and kill a tumour; a dual function that is more effective than a standard oncolytic virus. The T cells infected by such an oncolytic virus also appeared to be healthy and vigorous rather than exhausted, the researchers found. There is also the possibility that the dual function virus gives the T cells an immune memory; a vaccine effect against tumour recurrence.

CAR-T clinical trials have shown impressive results in patients that relapse and have exhausted other treatment options. They can now be used to treat advanced cancers of the breast, bladder, cervix, colon, Head and neck, liver, lung, skin, stomach, rectum and blood.

However, the exceedingly expensive CAR t Cell technology has also shown some severe side effects that have sometimes led to patient deaths.

Several companies are developing cheaper off-the-shelf versions that can be derived from a donor with a simplified manufacturing process.These new and improved generations of CAR-T cell therapy are promising. However, they are still in the early stages of clinical trial.

Although CAR-T cell-based immunotherapies have undoubtedly proved successful, it is important to realise they are not a universal cancer panacea. For a review of the challenges faced by this emerging technology, (see Hindawi below).

A significant issue is that cancers can still evolve to circumvent this type therapy. What is needed is a cancer-specific Achilles heel whereby this cannot happen, and I am particularly interested in the metabolic basis of this disease. So what do I mean by this? Cancer cells derive their energy from mitochondria which are the power stations of our cells and the ones in cancer cells are different to the ones in normal cells. They burn glucose to produce energy but do it much less efficiently than mitochondria in normal cells. Therapies which target how cancer cells produce their energy are called metabolic therapies and basically starve the abnormal cells to death. Drugs which do this are not mutagenic, have far fewer side effects and I believe they are the key to solving the cancer problem. I include two articles below from the US National Centre of Biotechnology Information, (NCBI) which enlarge on the issues facing CAR-T Cell therapy.

Labiotech.eu.
A Cure for Cancer? How CAR T-Cell Therapy is Revolutionizing Oncology