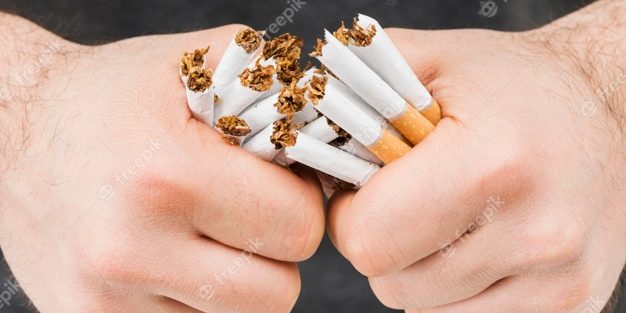 Smoking killed nearly 8 million people in 2019 and the number of smokers rose as the habit was picked up byyoung people around the world, according research by Lancet, the peer-reviewed medical journal.

The Lancet’s research shows that despite efforts in a number of countries to curb smoking, 7.69 million people worldwide died from smoking induced lung cancer. Efforts to curb the habit had been outstripped by population growth, with 150 million more people smoking from 1990, reaching an all-time high of 1.1 billion by 2019.

The study estimated that death worldwide from lung cancer will increase unless countries pass evidence-based control policies to accelerate reductions in the prevalence of smoking.

As over 50% of those countries in the research showed an increase in tobacco use in the past 30 years, the global tobacco epidemic will not end until gaps in the adoption, implementation and enforcement of tobacco demand reduction policies are enforced.

In England smoking causes over 11,000 lung cancer cases each year in the most deprived 20% of the population, while people on higher incomes are less likely to smoke. One in four heavy smokers die before their 65th birthday. The average lifespan of heavy smokers is 13 years shorter than
that of non-smokers, a study by the Netherlands Institute of Mental Health and Addiction found on the relationship between smoking and mortality.

Deborah Arnott, C.E.O of the anti-smoking charity ASH, commented: “This stark differential in cancer rates exists because of the iron chain linking smoking and disadvantage.

Around a quarter of those who are unemployed, or in routine and manual occupations smoke, compared with fewer than one in 10 working in management or the professions.” These England lung cancer figures are despite a marked decrease in the number of people lighting up cigarettes in the past 20 years as a result of government policies on advertising and indoor smoking bans, not to mention the promotional loss of cigarette smoking by stars in films from Hollywood and Pinewood studios.

It is perhaps not so well known that smoking also greatly increases the risk of death from many other medical conditions such as cardiovascular disease, chronic obstructive pulmonary disease, atherosclerosis, diabetes mellitus and many other cancers in addition to increased risk of lung
cancer. Tobacco is the main cause of preventable deaths in the USA today.

Furthermore, even if it doesn’t kill you, smoking can also ruin your quality of life where it negatively influences many aspects of day-to-day living.

The advice is simple, don’t start and if you do make every effort to stop – it’s never too late to stop!

Action on Smoking and Health – Eliminating the harm caused by tobacco.

Tobacco in Australia – The poorer health and ageing effects of Tobacco use.