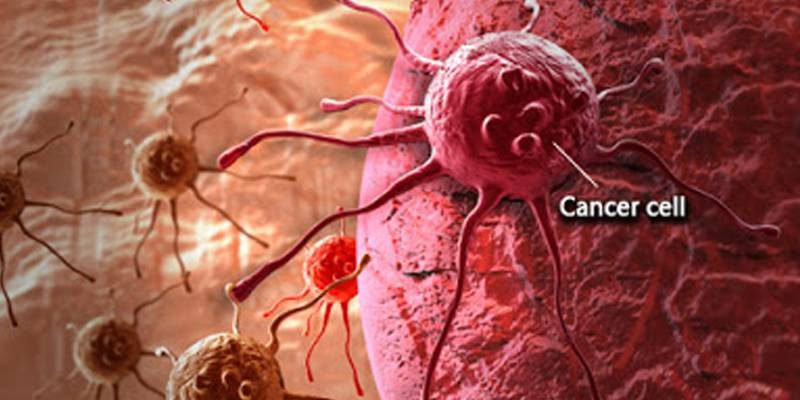 Laboratory research into the genetic makeup of cancer tumours is showing the possibility of a new approach to a treatment that delivers potent therapies specifically tailored to individual patients.

Science Magazine has published an article on the work of an international team of research scientists from Harvard, MIT and University College London. They found that even as cancer tumours grow and spread around the body, they carry with them a number of biological protein “flags” that the immune system could be primed to attack.

Because these flags are found only on cancer cells, they could provide unique targets for possible new therapies. Such therapies would draw on the power of the immune system to recognise the protein flags and destroy the cancer cells with a precision attack.

A major obstacle to this type treatment is that tumours manage to switch off the cells of the immune system. Many laboratories across the globe are now learning how to combat this by reactivating the immune system to destroy the cancer.

I asked Dr Ian Hampson, Reader in Viral Oncology at the University of Manchester Institute of Cancer Studies, to comment on such an approach which, if successful, could revolutionise cancer treatment.

The problem is that this type of precision attack therapy relies on the isolation of immune cells from every individual patient’s tumour. These are then grown in the laboratory to provide large numbers of cells and they can also even be genetically altered so that they target the tumour more effectively. Finally they are transfused back into the patient where they attack and destroy the cancer.

To illustrate, it is well known that cells from one person cannot be transfused into another who is not tissue type compatible. This is why immune cells from one patient’s tumour cannot be used to treat another.  In order to get round this problem scientists are working to engineer immune cells which can be used to target tumours in any person regardless of tissue type; a sort of group ‘O’ universal donor immune cell which could then be modified to target many types of tumour in different people.

This would mean that large stocks of such cells could be produced and stored for use whenever needed to treat different patients, which would vastly reduce the cost of this type of therapy.

It is very clear that this approach will provide precision weapons to fight cancer which are far less damaging to the patient than blanket chemotherapy, which not only destroys the cancer cells but can also damage the patient’s immune system.  However, if this new approach sounds expensive, that’s because it is, although there may be some light at the end of this long tunnel.