‘Diet cured me of a prostate cancer’ says Don 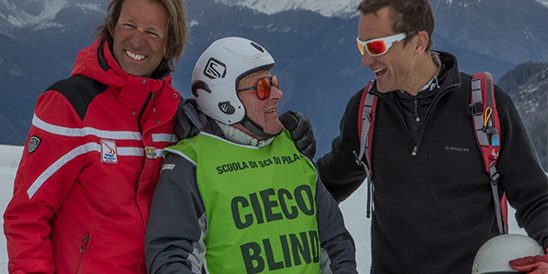 In 2003, 69-year-old Don, Caring Cancer Trust’s Treasurer, was diagnosed with prostate cancer. With the help of his local branch of the South of England Prostate Support Association, (PCaSO), Don cleared his body of the cancer.

This is his story:

Following routine blood tests in 2003, my GP referred me to a hospital oncology consultant. After further tests the consultant he told me that I had prostate cancer. He said they were not prepared to operate at that stage of the disease at my age and would wait six months before deciding on appropriate remedial treatment.

As you can imagine, this all came as a shock and it took me 24 hours to come to terms with the news that I had prostate cancer. The thought of waiting in an agony of doubt for six months until the oncology unit decided on what treatment to give me was daunting so I rang the local branch of PCaSO for advice.

They were very helpful. They told me that a strict diet regime combined with exercise could possibly clear the cancer. They warned me however that I would find it very hard to follow the recommended diet regime. Few men bothered to persevere with it for more than a few weeks, let alone the six months until my next hospital appointment with the hospital’s oncology consultant .

The good news was that the PCaSO diet included oatmeal, fruit and vegetables, (preferably all the red varieties including tomatoes and beetroot), skinned white fish and some seafood.

It was what the diet precluded however that was the bad news! All the normal things we eat every day were ‘off limits’. All dairy products or anything made with dairy, fats and oil of any sort, all meat or meat products and all smoked food were banned. This meant no more biscuits or cake, puddings, pies, cold meats and cheese. And tea or coffee had to be drunk without dairy milk.

I am a determined bloke and decided that if I was to follow PCaSO’s advice, the sooner I started the better. The next day I made some porridge with water for breakfast. Lunch was OK because I had a plain prawn salad without the dressing in the fridge and fresh fruit in the sitting room. But in the evening I had nothing suitable in the fridge or larder, so it was porridge and fruit for dinner!

The next day I cleared the larder and fridge of everything that was diet-restricted and went shopping for soya products. I had no idea if I would like them, but I had no option. I bought soya spread, soya milk, soya yoghurt and other dairy free products, and got I got the supermarket fishmonger to skin me some white fish.

Necessity is the mother of invention and I learnt very quickly how to adapt soya, dairy and meat-free products, fruit, vegetables and herbs to produce a daily diet that was reasonably tasty. I also started a regular exercise regime, walking every day and swimming at the local baths twice a week.

Unfortunately the PCaSO diet restrictions precluded me from dining out and if I wanted a tea or coffee at my local cafe I had to drink it black as they had no milk substitute. I found it hard on my determination to stick to the diet at Christmas, the Christmas was hard but I stuck to it and enjoyed a lobster instead of turkey for Christmas dinner!

After six months I attended the hospital oncology clinic for further tests. They told me that the cancer had not progressed and that they would withhold treatment for a further six months. Finally after three years of six-monthly tests at the hospital, the oncology consultant told me that the prostate cancer was gone but I should continue to attend the clinic for check-ups.

In 2007 I was free of cancer and the PCaSO diet and could go out for a meal again. It is now 15 years since I first attended the oncology clinic to be told I had cancer. Regular tests show no return of the cancer and I have never undergone any surgical or drug treatment from the clinic during that period.

I am now 84 and still going strong; still taking regular exercise in the way of walking and swimming. I have even learnt to ski, and have whitewater-rafted in the Alps.

I have given up the PCaSO diet, though I still use some soya products and eat a lot of fruit and vegetables. And I still celebrate Christmas with a lobster instead of turkey!

Did the PCaSO diet cure me of my prostate cancer? Nobody at the clinic would comment, but I know it did!

NHS
All about Prostate Cancer