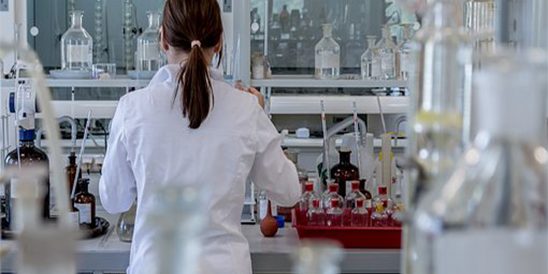 Studies of a blood test for 10 different types of cancers show promise as an early cancer screening process before patients show symptoms, Dr Eric Klein from the Taussig Cancer Institute of Cleveland, USA, told members at the annual conference of the American Society of Clinical Oncologists, (ASCO), in Chicago last week.
The blood test, called a liquid biopsy, screens for cancer by detecting tiny bits of DNA released by cancer cells into blood. The liquid biopsy technology was initially used to monitor patients after they receive treatment for an advanced cancer to evaluate their treatment’s progress or detect a recurrence through increased cancer cell DNA.

In recently completed studies of blood biopsy tests at Dr Klein’s Cleveland Centre and Stanford University, clinicians scrutinised the cases of more than 1,600 people, 749 of whom were cancer-free at the time of the study, and 878 of whom had been newly diagnosed with a cancer. Liquid biopsies correctly found cancer cell DNA in 80% of the 878 patients in tests for pancreatic, ovarian, liver and gallbladder cancers. The tests were less accurate with lymphoma, myeloma, bowel, lung, head and neck cancers with a low correct diagnosis ranging from only 56% to 77%.

Although promising, there is obviously a long way to go in research to achieve the desired positive or negative predictive values with liquid biopsies before we can safely implement such tests in any national screening programme. To illustrate, globally ovarian cancer has an annual incidence of approximately 12 cases per annum per 100,000 women. If the new test has only an 80% chance of detecting this disease, this would translate to a failure (false negative) to detect 1 in 5 of these cancers. Furthermore, if the test has a false positive rate of just 1%, this would mean incorrectly diagnosing 1000 women as cancer positive in order to detect less than 12 actual cancers.
So there is obviously considerably more research needed to clinically develop blood tests to a point where they can accurately detect a cancer. However, following on-going studies presented by Dr Vogelstein of John Hopkins School of Medicine to the conference in 2017, and by Dr Klein last week, further research could ultimately lead to the availability of an accurate universal blood test screening for cancer, enabling doctors to accurately detect a cancer in patients at what is presently an undetectable early stage.
“This is potentially the Holy Grail of cancer research, to find cancers that are currently hard to cure at an earlier stage when they are easier to cure,” said Dr Klein, lead author of the Taussig Centre study. “Potentially this test could be used for everybody. It is several steps away and more research is needed, but it could be given to healthy adults of a certain age, such as those over 40, to see if they have early signs of cancer. We hope this test could save many lives.”
As Dr Bert Vogelstein of John Hopkins Kimmel Cancer Centre pointed out at last years ASCO conference: “It’s fair to say that if you could detect all cancers while they are still localised, you could diminish cancer deaths by 90%.”
Studies at John Hopkins have indicated that while cancers of liver, stomach, pancreatic, ovarian, oesophagus, colon, lung and breast can be detected from cancer tumour DNA in the blood, not all tumour types can be accurately detected in this way. Their studies continue with gene-based cancer tests that work using bodily fluids and secretions as well as blood.
An accurate liquid biopsy cancer screening in the UK and consequent early treatment for cancer positives would save thousands of lives and millions of pounds. But the NHS is presently overwhelmed, understaffed and underfunded and, thanks to the ever-growing pressure of rising demand, it is not coping with acute cases, let alone belated or cancelled treatment and diagnostic procedures. And this does not include the potential cost of funding and operating universal blood tests for those people who don’t actually realise that they are sickening with a previously undetected cancer.
Perhaps, by the time accurate liquid biopsy tests envisaged by Drs Vogelstein and Klein have been perfected for cancer detection, we shall have an adequately funded and fully staffed NHS that can make them universally available to those over 40.

Extensive time-consuming clinical research into liquid biopsies is underway in USA and the University of Manchester’s Research Centre in UK to find that Holy Grail of accurate comprehensive early stage cancer detection by means other than X-rays, colonoscopy or pap smears. However Press headlines about cancer detection progress rarely mention the research timescales and cost. These studies take considerable time and money, as will the additional multicentre research over the next five or ten years to evaluate and confirm a genetic blood test as fit for purpose, before any universal screening test can be implemented.

We need to keep funding this exciting research to advance the science of liquid biopsies. The research has come a long way in the past five years, but we still have a long way to go.

John Hopkins School of Medicine – Two new screening tests that have promise to detect cancer at an early and curable stage.

Category: In the NewsBy Ian MacWattJune 4, 2018Leave a comment