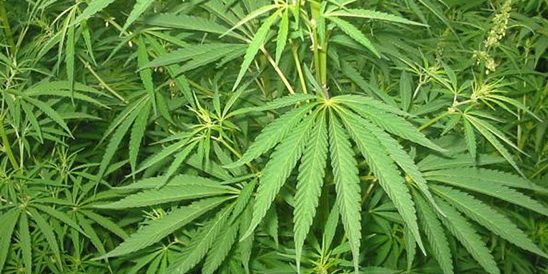 The harrowing story of young Billy Caldwell’s epilepsy and UK Home Secretary’s subsequent decision to review the official use of Cannabis for medicinal use (19 June), has highlighted the potential medicinal properties of the Cannabinoids THS and CBD extracted from the Marijuana plant or synthesized.

In the event, Oxford University’s 16 March announcement of a £10M medical Marijuana Research programme sponsored by Kingsley Capital Partners through their new company Oxford Cannabinoid Technologies, (OCT), was both timely and prescient.

CBD is thought to give pain relief and reduce anxiety while THS gives the ‘high’ that recreational Cannabis users seek. It is this ‘high’ that has resulted in Cannabis being labeled a ‘controlled’ narcotic drug in UK and classified by the Misuse of Drugs Act, 1971.  Additionally the Misuse of Drugs Regulations Act of 2001 placed Cannabis in the category for substances with no medicinal value.

Marijuana has been cultivated since Neolithic times and Cannabis used in folk medicine for at least 3,000 years. The earliest written reference to Cannabis as a healing agent was in the 15th century BCE Chinese Pharmacopeia Rh-Ya. More recently in modern times during the 19th and first decade of the 20th century Cannabis was prescribed in USA and UK for a number of ailments.  It was first labelled as a dangerous drug by Massachusetts in 1911 and thereafter elsewhere in USA. It was added to the UK’s Dangerous Drugs Act in 1928.

It was not until 1996, when California became the first US State to re-legalise Marijuana for medical use, that cannabis began its long journey back as a responsible treatment therapy for cancer, AIDS, and other diseases and disorders.

As a consequence of marijuana’s illegal narcotic drug status throughout most of the 20th century, both scientific and clinical research into the medicinal benefits of Cannabinoids was severely restricted.  However, recent and now accelerating trends in Cannabis legislation have at last made it possible for scientific and clinical researchers to study the medical properties of Cannabinoids as possible antitumour agents as well as their expected therapeutic treatment applications in cancer and other diseases and disorders.

The Oxford research project will focus on two of the 100 or so Marijuana Cannabinoids for their anticancer and therapeutic potential in treatment of cancer, inflammatory diseases, pain management and neurological disorders.

In USA the Federal Drugs Administration, (FDA), approved two synthetic cannabinoid drugs (dronabinol and nabilone) for the treatment of nausea and vomiting induced by chemotherapy in those cancer patients who have not responded to standard therapy. Both are available in UK on adult prescription only.

While there have been a few uncontrolled clinical trials on the use of inhaled Cannabis in cancer patients, the data has been insufficient to provide any acceptable assessment of its beneficial use in chemotherapy induced nausea and vomiting, (N/V). There are however valid concerns about the adverse pulmonary effects of inhaled Cannabis since Cannabis smoke contains many of the same components as tobacco smoke which is a prime cause of lung cancer.

History of Marijuana as Medicine – 2900BCE to Present.

Cannabis: A Journey Through the Ages

Clinical Potential of the Cannabis plant.

Nabilone for treatment of chemotherapy induced nausea and vomiting