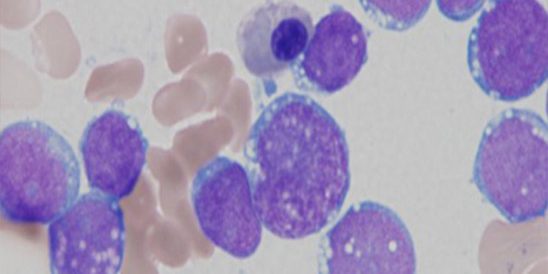 Following news of a phase 3 trial of AstraZeneca’s experimental drug (In The News 23.03.18), we are notified of a new phase 1 clinical trial being conducted at Bethesda Hospital, Maryland, for acute lymphoblastic leukemia (ALL) treatment. It will use a double-barrelled approach that targets two proteins found on the surface of the cancer cells.

In ALL the bone marrow makes abnormally high levels of immature white blood cells called lymphoblasts. Using chimeric antigen receptor (CAR) T cells to attack Cancer cells has shown promise as an emerging ALL treatment and will be the approach used in this new trial.

In this trial therapy, headed by Nirali Shah M.D., of the US National Cancer Institute, CAR T cells—white blood cells that defend the body against disease—are collected from patients and engineered in the laboratory to express receptors that target the two specific proteins on the surface of cancer cells. The collected CAR T cells are prodded to proliferate in the clinic and then infused back into patients. The clinicians expect that these cells will further proliferate in the body, hone in on the cancer cells bearing the surface protein target and kill them.

70 – 90% of ‘ALL’ patients who have relapsed or become resistant to chemotherapy can achieve remission of their disease after receiving CAR T-cell therapy that targets a protein found on the surface of lymphoblasts. But 30 – 50% of these patients suffer a further relapse.

Success in this strategy of targeting two proteins simultaneously will bring CAR T-cell therapy closer to durable remission in the most common of childhood Cancers.

(Illustration: Lymphoblasts from an ALL patient stained in blue. Photo courtesy of Nirali Shah)

Category: In the NewsBy Ian MacWattApril 17, 2018Leave a comment