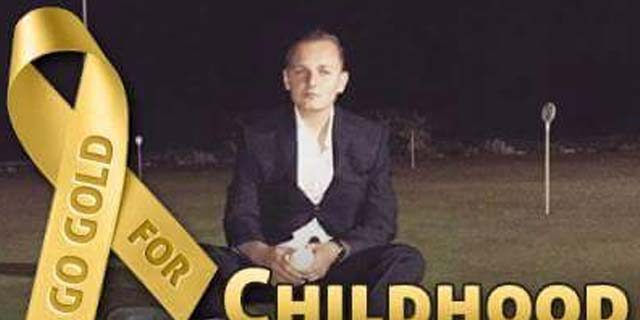 So, Childhood Cancer awareness month has begun. It is also the 3 year anniversary of my original diagnosis on the 20th.

Cancer is crap, that’s pretty much the bottom line of it. But it’s how you deal with it. Yes you are going to have down days where you wants to slump and cry…but equally you will have good days. And its the ratio you make it between the good and bad days that matter. It is horrible and we all want to cry it away, but in the truth of things…it wont help..as harsh as it sounds, this is coming from someone who’s been through it, facing the seemingly impossible obstacle with positivity may seem absurd, but it’s what I found deals with it the best. like they say ‘you have to smile or else you’ll cry’ and that really is the truth in this battle. Facing it head on with a ‘I can’ attitude along with a smile..cherishing the good times, the laughs and the people around you and minimising the bad times.

This maybe easier for me to say than others…especially after the team if you like I had behind me whilst being ill..i’d love to tag you all but I really would of struggled to get through it without my mates. Friends so important and as stereotypical as it may sound…these times are what bring you closer to them and show you who your true friends are.

In a summary Cancer is rubbish..no one wants to see a loved one go through it or go through it themselves. The pain and suffering is not only felt physically but also mentally, and it doesn’t stop with treatment…long term effects go on.  The sad reality is not everyone is as lucky as me and sO many others to win their battle with cancer. It’s donations from people like yourself which fund vital research to limit the number of deaths each year.

Childhood cancer isn’t spoken about as much as it should be. It is a factor of life, it is about it does happen. This is something I had little to know awareness on before my diagnosis. So for a month..lets club together and raise awareness.

DONATE NOW TO SUPPORT US!